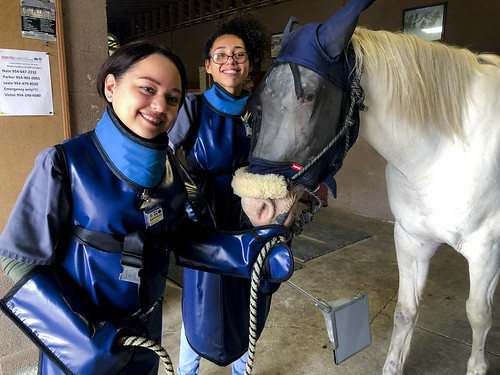 Bird flu is a disease caused by a specific type of avian (bird) influenza virus, the so-called H5N1 virus. This virus was first discovered in birds in China in 1997, and since then has infected 125 people in Vietnam, Cambodia, Thailand, and Indonesia, killing 64 of them. It is spread by infected migratory birds (including wild ducks and geese) to domestic poultry (primarily chickens, ducks, and turkeys), and then to humans.
Some infected people have developed abnormal clotting profiles resulting in excessive bleeding—which was a frequent clinical symptom in the deadly so-called Spanish influenza of 1918-19, which killed more than 100 million people worldwide. Indeed, bird flu shares a number of disturbing characteristics with the 1918-19 influenza virus. These two viruses have, in fact, recently been shown to be similar genetically. And in a recent laboratory experiment with mice, the 1918-19 virus was found to produce 39,000 times more viruses four days after infection than the regular seasonal human flu strain. The 1918-19 virus killed 100 percent of the mice that were infected with it, compared to none of the mice infected with the regular flu strain. With a current “case fatality rate,” or death rate of approximately 50 percent in humans, bird flu is obviously also a very deadly disease.
There are only a few reports in the medical literature describing the clinical features of bird flu in humans. The clinical spectrum of H5N1 infection ranges from asymptomatic infection—where the person doesn’t even know he or she is infected—to fatal pneumonia and multiple organ failure. Some infected individuals develop liver or kidney dysfunction, and there were two children who died from the virus that came to medical attention because of diarrhea and seizures related to encephalitis (infection of the brain). However, the most common presentation is one of fever, cough, and trouble breathing. Approximately 70 percent of patients also have diarrhea, and a few patients have had only gastrointestinal symptoms (such as stomach ache, vomiting, and diarrhea) and no breathing problems.
Deaths have generally been in normally healthy people. The first report in the medical literature of deaths from bird flu was on 12 patients living in Hong Kong. Their median age was nine years, with a range of one to 60 years. All presented with fever, and eight had symptoms or signs of upper-respiratory infections (five had clinical and X-ray evidence of pneumonia when first diagnosed). Gastrointestinal (GI) symptoms, including stomach pain, vomiting, and diarrhea, were present in eight patients. There were a total of five deaths (one died with Reye’s syndrome, which is associated with taking aspirin in children).
In a study of 10 patients in Vietnam with laboratory-confirmed avian influenza (H5N1), the mean age of the patients was 13.7 years. For eight of the patients, there was a clear history of either direct handling of poultry (chickens or ducks) or exposure to sick poultry in the week before the onset of illness. All presented in January 2004 with cough, shortness of breath, and fever, and seven had diarrhea; none had myalgia (muscle aches)—which is often found in the regular seasonal flu. Notably, oseltamivir (Tamiflu) was administered to five patients, four of whom died (treatment was probably started too late for the medication to be effective—it must be given within 48 hours after onset of symptoms to be effective). In total, eight of the patients died, for an 80 percent case fatality rate or death rate.
As is apparent from the descriptions above, the presenting symptoms of individuals with bird flu are very similar to the symptoms of the normal seasonal flu. Infections caused by either the bird-flu virus (H5N1) or the seasonal influenza virus can be completely asymptomatic—that is, cause no symptoms at all. Fever, cough, malaise (feeling ill), and gastrointestinal symptoms are common to both infections. Excessive bleeding occurs only with bird flu, but currently this symptom doesn’t appear to be common. Difficulty breathing is more common with severe cases of bird flu, not seasonal flu. Runny nose and sneezing are found only with colds (or allergies).
The cough in either type of infection is what is referred to in medicine as “nonproductive”—meaning there is no sputum brought up when coughing, or if any sputum is brought up, it is white in color. This type of cough is characteristic of upper respiratory viral infections. As either type of infection progresses or worsens, tissues may be damaged, disrupting the normal structure and function of the infected cells. This in turn may allow bacteria to grow and also cause damage. When this happens following a viral infection, it is referred to as a “secondary” bacterial infection. When this occurs, the color of the sputum characteristically turns yellow or green. If this happens, antibiotics are indicated to treat the bacterial infection. (Antibiotics are not indicated in the treatment of viral infections, because they don’t work. )
It is safe to assume that during a bird-flu pandemic, most individuals who become infected with the bird-flu virus will either be asymptomatic—having no symptoms—or their illness will not be severe enough to require hospitalization. The small percentage who do become seriously ill will have to be hospitalized, and treated with either of the two antiviral agents available, oseltamivir (Tamiflu) or zanamivir (Relenza). A smaller subset of that group will develop life-threatening complications such as acute respiratory distress syndrome (ARDS), which requires treatment with a mechanical ventilator, a respirator.
Some individuals may develop other serious complications such as liver failure, kidney failure, neurological problems—such as seizures, paralysis, psychiatric problems such as delirium or psychosis, or bleeding problems. However, it is reasonable to predict that most people infected with the virus will not die and will not have significant residual symptoms, although a small percentage will.
Bradford Frank, M.D., M.P.H., M.B.A.
The Frank Group
P.O. Box 138
Lakewood, NY 14750
www.AvoidBirdFlu.com