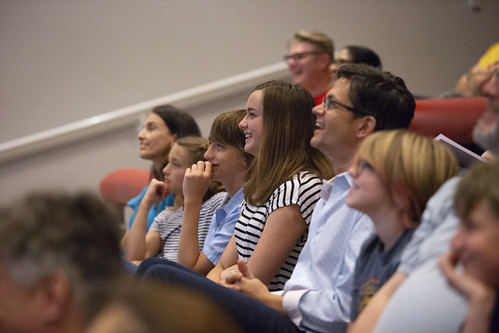 Many children have their appendix removed even before turning the age of fourteen. And the risk starts to peak as they age. Majority of children who get an abdominal surgery is because of appendicitis. Appendicitis is actually appendix inflammation and as a result, a fingerlike tube grows on the lower right part of large intestine. Appendix is located at the closed end of the larger intestine, known as the cecum, and measures up to many inches. Although, doctors say that the appendix isn’t of much help to the body, but appendix’s inner wall releases antibodies, which are produced by the lymphatic tissues.

Appendicitis can be detected by the onset of pain in the middle portion of the abdomen, the portion above the belly button. After a few hours the area will swell and there will be intense pain when touching the abdomen’s right side. The patient will begin to vomit and will have nausea. There will low fever and there will be problems will gas and stool passage. Some people, after the onset of these symptoms, will take laxatives or enemas mistaking appendicitis for constipation. But this is extremely dangerous, as these medicines will in turn increase the risk of the appendix bursting. So it is recommended to consult the doctor before going for any kind of medication, even any pain relievers. Besides increasing the risk, they even mask the symptoms and makes diagnosis even more hard. If the child’s symptoms are very much similar to that of the appendicitis’ symptoms, he should be immediately taken to the doctor for further diagnosis. The doctor will first study the child’s digestive illnesses’ history. He should also be divulged information about the symptoms, timing, bowel movements and its frequency. The stool should also be checked for mucus or blood. Children, who can communicate, can be asked to point out the location of pain in the abdomen. Toddlers who haven’t started talking or who hesitate to do talk will raise their knees close to the chest, hips will be flexed and the abdomen becomes tender.

Although, the actual cause of this abnormal growth of the appendix is not known, but it can result because of some kind of obstruction or infection in the intestines. The obstruction can be created due to thick mucus build-up inside the appendix. Some part of the stool can also enter inside. There will be mucus formation and the stool will harden within resulting in the swelling up of the appendix. If it is an infection, it should be treated immediately, as it can burst and there is a danger of the infection spreading to other parts of the body via bloodstream. That is the reason why even blood test is done, so as to determine whether the infection has spread or not. The urine test is done to check for problems in the urinary tract. The problem is then confirmed with the help of computed tomography or an ultrasound. Sometimes children with pneumonia have the similar symptoms, so to make matters clear even X-ray of the chest is done. Medical attention must be sought within forty eight hours of the start of the abdominal pain. Sometimes, abdomen develops mild inflammation, many weeks before the diagnosis is done.

After the diagnosis is done and appendicitis is determined, appendectomy is performed on the patient. The doctor will immediately order the intake of antibiotics before the surgery is performed. In case of confined appendicitis, it can be treated solely by antibiotics and no surgery is required. This is because the inflammation is very mild and the body itself fights with the infection. But, still as a precautionary measure, such kinds of patients must be kept in observation until their condition becomes stabilized. If the appendix ruptured then appendicle perforation is done. In this procedure, a drain is inserted inside the skin, through the abscess with the help of CT scan or ultrasound which gives the exact location. Some people develop complications later such as wound infection and accumulation of puss inside the appendix.