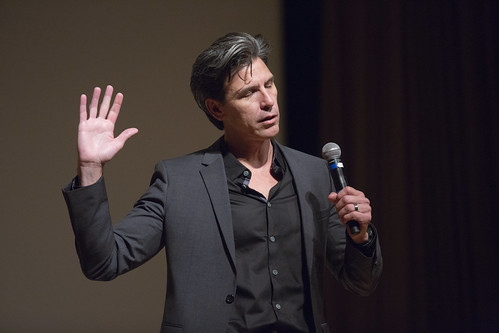 Bronchitis is an ailment of the airways manifested by the existence of sputum production and cough for at least three months in each of two successive years. From the name itself, bronchitis is the inflammation and infection of the bronchial tree. The bronchial tree is composed of tubes that bring air to the lungs. When these get inflamed and infected, the tubes swell and produce thick mucus inside of them which makes it difficult to breathe.

During pregnancy the woman’s body undergoes a lot of changes. Her body now consumes oxygen and nutrients not just for her own well-being but for the baby inside her as well. The health of a pregnant woman with respiratory problems can be quite a predicament for physicians. There are major factors that are involved when dealing with the health of pregnant women such as their anatomical and physiological alterations to pregnancy, balancing both fetal and maternal needs, and the pregnant woman’s vulnerability to diseases. Although there may be modifications in the care of pregnant women with respiratory health problems, such as, bronchitis, management and treatment of the said health predicament is similar to those of nonpregnant individuals.

Respiratory health problems have the possibility to get worse in pregnancy because of the rising uterus tends to squeeze the diaphragm, decreasing the dimension of available space in the lungs and the size of thoracic cavity just when lung function is essential to supply sufficient oxygen exchange for the mother and the fetus.

Moreover, histologic evaluations of the upper respiratory tract during pregnancy expose hyperemia (increase amount of blood), glandular hyperactivity (increase workload of the glands), increased mucopolysaccharide content, and increased phagocytic activity. These alterations seem to be caused by the increase in estrogen levels. As a result, pregnant women experience nose bleeding and nasal stuffiness.

Being knowledgeable enough about the changes in respiratory physiology among pregnant women is crucial to their care and management when they become affected by a respiratory disease. As you may well know, these changes permit the mother-to-be to meet the metabolic needs of the unborn child.

The following are signs and symptoms of bronchitis:

? Fatigue
? Low grade fever
? Chest aches
? Wheezing
? Labored breathing or dyspnea which is worsened by physical exertion
? Cough with sputum or mucus
? Rales, these are abnormal lung sounds that can be heard in the lungs through the stethoscope

To diagnose the disease, tests are utilized by the doctors in addition to the obvious signs and symptoms in the confirmation of the disease such as pulmonary lung function tests, pulse oxymetry, arterial blood gas, chest x-ray, and sputum examinations

Treatment for bronchitis in pregnant women is similar to those individuals who are not pregnant. In any case, if the disease is caused by a virus then an antibiotic is useless (which is prescribed for bacteria-caused bronchitis). Acute bronchitis is usually self-limiting and may clear out within a week. General treatment is comprised of complete rest, lots of fluid intake, use of humidifiers to clear out the lung congestions, and avoiding air pollutants such as smoking. Although aspirin is prescribed to common individuals, pregnant women are not allowed to take this since it can cause bleeding and may induce complications.

Furthermore, prevention is still better than the cure. And being in a vulnerable state, pregnant women should always be careful with their bodies like always wash their hands (to avoid bacterial or viral bronchitis) and stop smoking or avoid smokers. It is also recommended that pregnant women obtain a flu vaccine especially if they are going to be pregnant during the influenza season. Although the vaccine will not wholly prevent the woman from getting afflicted with bronchitis, it will at least shield her from certain strains of virus caused respiratory illnesses.

Any respiratory predicament can create serious damage to the unborn child if allowed to progress until the mother’s oxygen- carbon dioxide exchange is altered and heavily compromised.