What Evidence of Congestive Heart Failure is a Diagnosis Based on

﻿What Evidence of Congestive Heart Failure is a Diagnosis Based on 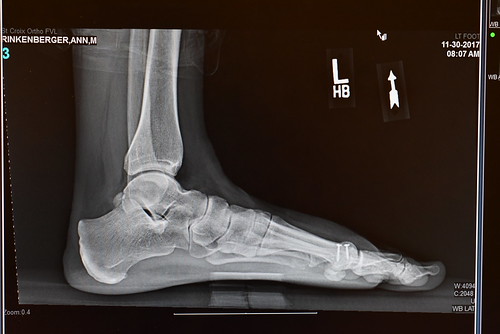 While all cardiac conditions carry similar symptoms of chest pain and difficulty breathing, congestive heart failure generally presents with a very specific set of symptoms and lab results, giving doctors a very firm set of clues upon which to base a definite diagnosis.

Dyspnea, or difficulty breathing, coupled with severe pitting edema (when the body retains fluid to the point of holding the imprint of an object that is pressed into the skin for several minutes) are generally the first pieces of evidence pointing to congestive heart failure. Heart failure results in the heart not being able to efficiently pump blood throughout the body; as a result, fluid accumulates rather than being excreted and causes the body to swell as if it were a water balloon. Non-pitting edema, or fluid retention that does not hold an imprint, is not caused by heart failure and indicates that another diagnosis needs to be made. The patient may produce a frothy pink sputum when they cough.

In addition to the symptoms related to the fluid accumulation general weakness and malaise, particularly during times of physical exertion are frequent complaints of patients suffering from congestive heart failure, and should not be ignored. This is caused by a lack of nutrients and oxygen from the blood to the body tissues, and may result in permanent damage to the organs if they are left without these vital elements for a prolonged period of time. Anuria, or a lack of urination, is also evidential of heart failure as fluid accumulates in the tissues rather than being properly excreted. Patients may suffer from a changed mental status due to toxins accumulating in the body.

Once the physician suspects heart failure based on the physical evidence, blood samples will be sent to the laboratory. Beta-natriuretic peptide, or BNP, is an excellent screening tool in suspected cases of heart failure. This hormone is produced in greater quantities by the failing heart muscle as fluid levels rise, with a level between one hundred and five hundred pg/mg suggesting congestive heart failure and greater than five hundred being fairly diagnostic; however, an elevated BNP should not be considered to be sufficient evidence upon which to base a positive diagnosis, as conditions such as renal failure, ventricular strain, tumors or hypoxia can also cause BNP levels to rise. Arterial blood gases may be tested to determine the degree of hypoxemia. A decreased erythrocyte sedimentation rate, proteinuria (protein in the urine), and a mild azotemia (elevated blood urea level) can be seen in early to moderate disease. An increased serum creatinine, hyperbilirubinemia (increased bilirubin in the blood) and dilutional hyponatremia (decreased serum sodium levels) are evidence the patient is suffering from a more advanced case of heart failure.

Radiology will also wish to perform imaging studies to evaluate the condition of the heart. A chest x-ray will generally reveal cardiomegaly (enlargement of the heart) and pleural effusion (fluid around the heart). An echocardiogram may be performed to evaluate the internal structures of the heart to evaluate for any structural abnormalities, as in the case of mitral stenosis. This provides evidence to determine the underlying cause of congestive heart failure, particularly in suspected cases of valvular heart disease.

Physicians are like detectives, if you will. Once these tests have all been run they will gather these pieces of evidence together and put them together to form a fairly accurate picture of the patient’s condition, allowing for an accurate diagnosis leading to proper treatment.